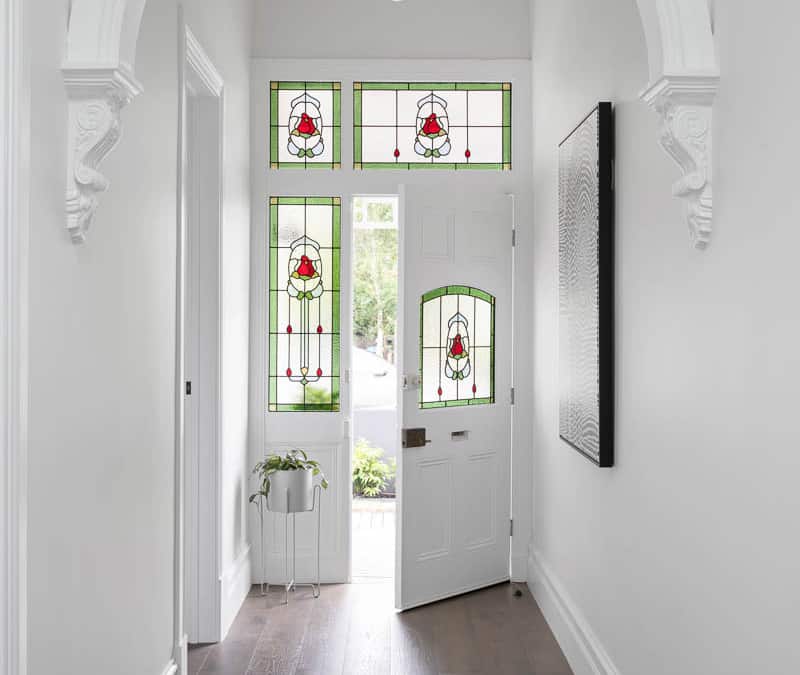 Ivy Huang and her partner Adrian were on the hunt for a family home. Finding the Melbourne property market within their budget overall disappointing, Ivy changed strategy, and was won over by a really old 1910 Edwardian weatherboard cottage with great bones, huge bedrooms and 3.5m ceilings.

Set on a quiet Armadale cul-de-sac minutes from the action, the cottage oozed potential with its charming period vibe. Before they knew it, Ivy and her partner became shell shocked homeowners, with the wheels set in motion for a large scale project.

Ivy wanted to create a space for her family that felt as though you were on holiday – sanctuary-like spaces for the bedroom suites, with an elevated central space for all to share and enjoy.

Ivy says: For the façade, I wanted to maintain the cottage look. Internally, I wanted to avoid something overly traditional. We’re in central Melbourne, so I wanted it to feel like the city – a balance between mod cons and respecting heritage.

I wanted connection to the origins without being historically obsessed. I also love entertaining and we receive visitors often, so we really focused on creating sanctuary-like spaces for bedrooms and bathrooms, and big open shared living areas with an emphasis on natural light, greenery and leveraged every opportunity for indoor-outdoor spaces.

I knew we had to remove the extensions with lower ceilings as well as the out-building, which served as the laundry and of course a lavatory and re-build the back entirely. We also ended up adding extensions to either side to maximise use of land. 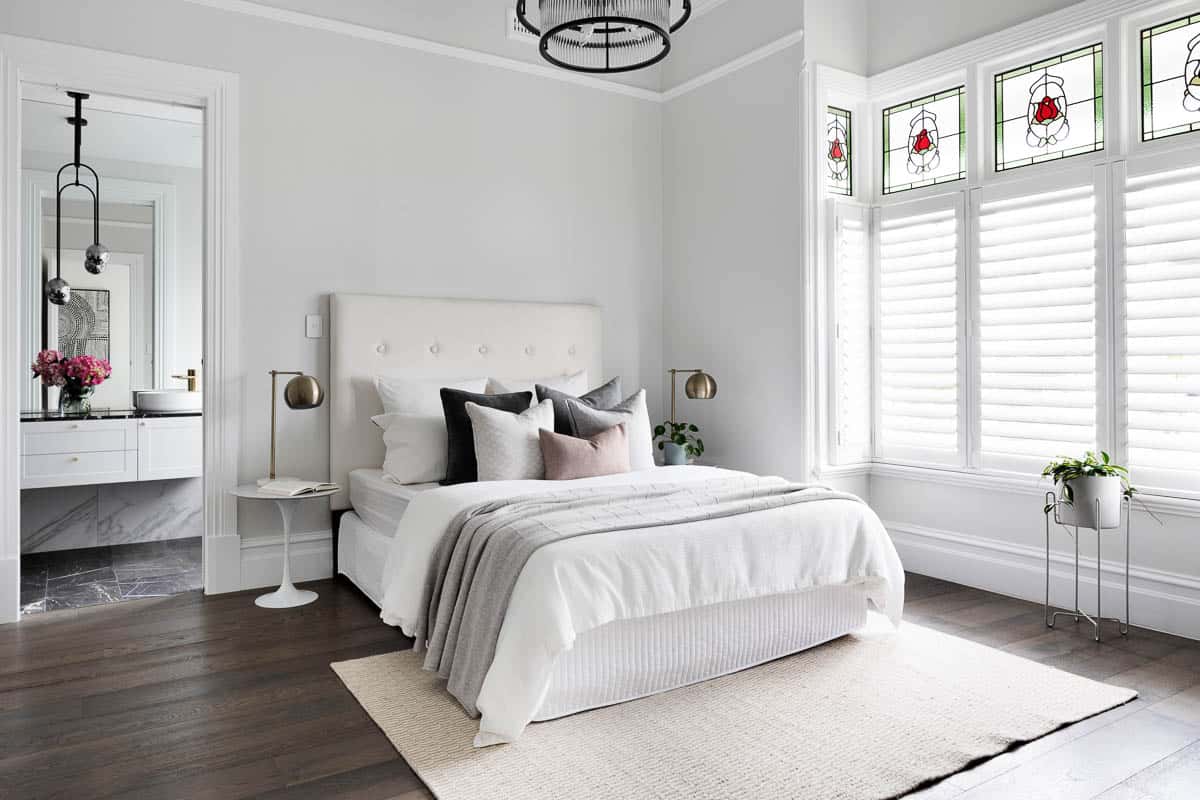 As Ivy’s first project, the speed bumps came hard and fast. Ivy has considerable experience in heavy industry, having previously worked on mining sites in Tanzania – yet she quickly realised the false sense of confidence this had instilled.

Ivy found BuildHer as she was struggling with site communication, encountering dishonest and condescending trades who showed frustration with, she believes, her age, gender, and lack of experience. Ivy’s objective had been to learn as much as possible on site, yet when the trades don’t want to speak to you, this becomes near impossible.

Not having enough knowledge to know if trades were being honest, and finding that many of her team directed communication towards her partner when he was around, (despite being Ivy’s project to control) Ivy was keen to improve her knowledge – and fast.

One of the first hurdles the couple overcame was hiring a dishonest tradie that they quickly realised was set to rip them off. Battling feelings of hopelessness in the face of this experienced conman, they decided not to let him get away with it. Putting him under a lot of pressure, the couple created a situation where he could not win.

Admitting now that they were largely unprepared and naïve about the huge project ahead of them, the striking results truly speak for themselves.

A four-bedroom, single-storey Edwardian weatherboard with contemporary extensions on a block just shy of 400-square-meters. Three bedrooms were designed to feel like sanctuaries, with three of these offering the privacy of an ensuite bathroom. The fourth bedroom doubles as a second living area, depending on how many guests are staying, opens onto yet another private green courtyard via big glass sliding doors. The wall panelling and white sheers add another level of decadence and romance.

We added a hallway arch which resonates with the original niche down the entry hallway. There is a ceiling rose and large cornices even in the main bathroom. Conveniently, darker floorboards are quite Edwardian, as well as current. We also restored the cast iron fireplaces to their original glory.

The weatherboard panelling so worthy of restoration also had to be largely replaced with fire-proof cement boarding.

In the rear, we built a spacious open kitchen-living room with a cathedral ceiling. Walking in, your eyes are immediately drawn upwards and it’s a “wow” moment. One side of the room is entirely glass, which opens up onto the lush backyard via a 4.5m opening.

Completing her vision with polish, Ivy worked closely with a kitchen designer over ten iterations to nail down the final look. Luxe cabinetry wraps a huge, communal island bar wrapped in Carrera marble, a finish that carries onto the splashback and through numerous wet areas, including the polished marble tiles that hold the spectacular clawed bath of the main bathroom.

All the finishes I chose myself. Because it was my first project, I played it a bit safe, sticking to more classic finishes rather than trends. Maybe in future I’d take more risks. 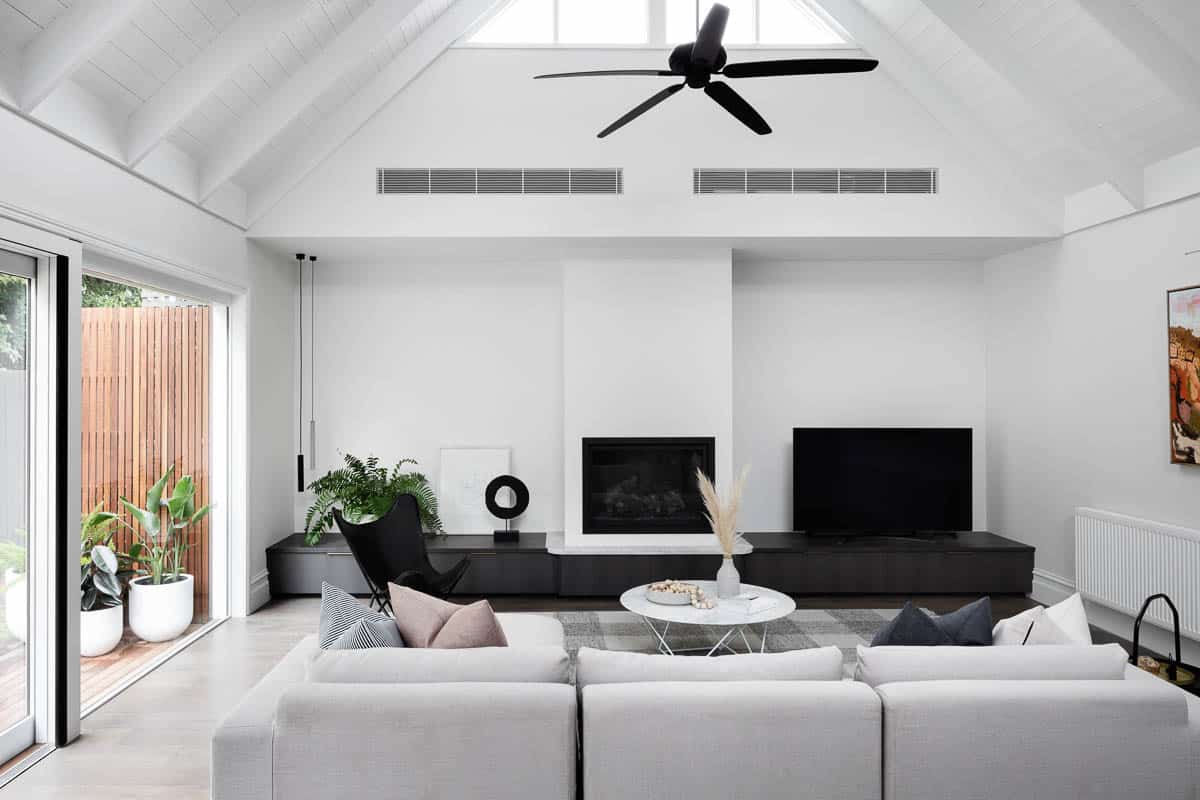 It wasn’t until the framing stage of the build that Ivy discovered BuildHer. Given her time again, and now knowing what she knows from experience, as well as the BuildHer framework and community, she would be working on planning the property before she won the auction.

As it was, with the framework in place, Rebeka came to visit the site, and Ivy made the most of the BuildHer facebook community. This support network helped her to take control of the second phase of her building process.

Ivy’s top tip when you are inexperienced is to find that support network. There’s nothing that builds confidence quite like support and encouragement by a community of women working through the same process!

Your support network also extends to reliable trades. After their initial bad experience with one bad trade, Ivy was sure to get properly verified recommendations for the rest of the build, and can’t speak highly enough of the difference this made to her project, both for her first project management experience, and to the final result.

Finally, Ivy cannot stress the importance of nailing down as much of the design phase as possible early on.

In future, my goal will be to lock down as much of the detail as possible before even breaking ground.

When Ivy begin the project, the plan was never to sell. But after tough initial hurdles, Ivy loved the process so much that she’s made the big decision to take up development full time! Ivy’s next step is to begin the BuildHer masterclass to learn further about developments, and decide on her next move.

For her second project, Ivy says she plans to execute her build in a more informed order – making better initial decisions before finding herself in the deep end. With plans to work with an architect to push that creative envelope, Armadale is going on the market.

Despite all challenges, Ivy has discovered a career-changing passion. 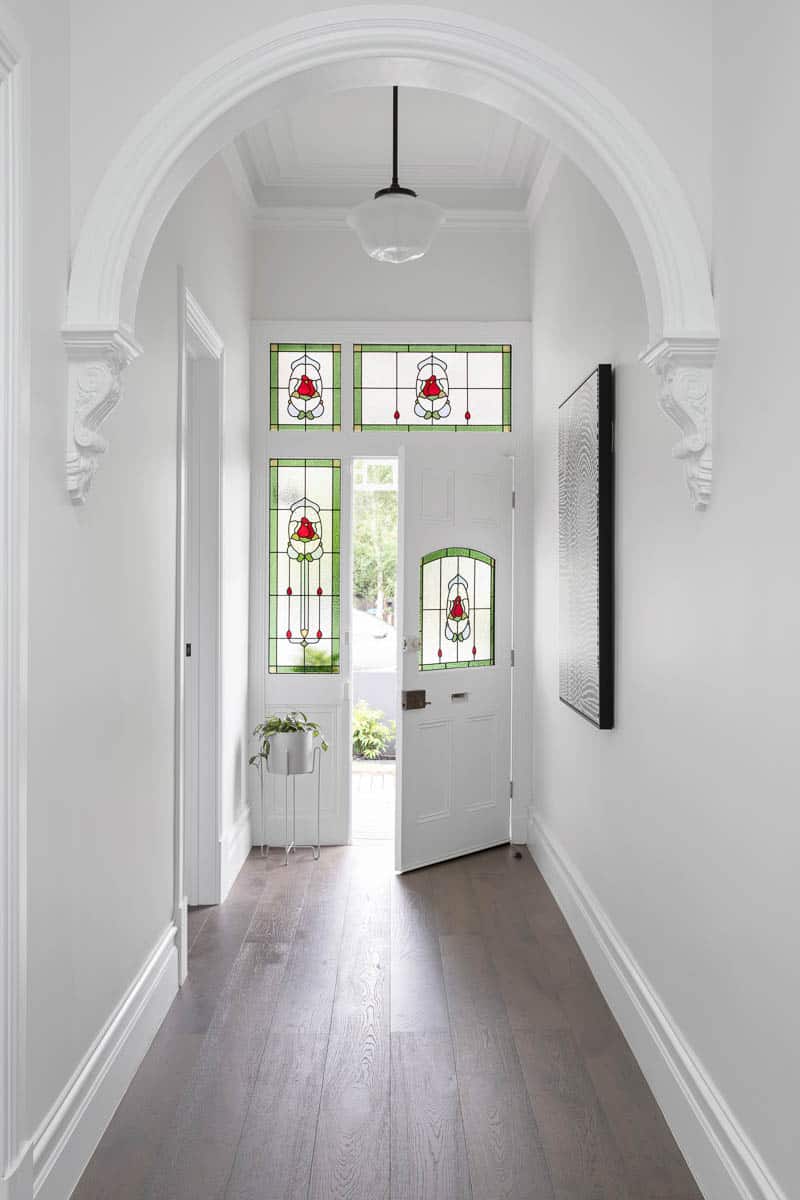